7 Common Alcohol Relapse Triggers To Look Out For

After completing rehabilitation for alcohol use disorder, returning to ordinary life can sometimes feel rife with relapse triggers. To help navigate life post-rehab, it is a good idea to be aware of common alcohol relapse triggers.

Staying vigilant about situations that might provoke alcohol misuse can help prevent a return to old behaviors. Here are seven common alcohol relapse triggers and how to avoid them.

1. Depression and Other Mental Health Conditions

Researchers have shown that depression is one of the most significant relapse triggers regarding alcohol use disorders, especially for women. When a person is feeling challenged emotionally, alcohol can be a potent coping mechanism. However, relapsing into drinking can perpetuate and exacerbate mental health concerns.

By recognizing the connection between depression, mental health, and alcohol use, people who have achieved sobriety can help avoid relapsing. In addition, staying connected to a mental health professional or reaching out at the first sign of alcohol cravings can also help prevent a relapse.

One of the most pivotal aspects of rehabilitation is building a new life that does not revolve around consuming alcohol and avoiding places affiliated with alcohol consumption. When people have struggled with addiction in the past, it can be difficult for them to return to the settings in which they have formerly engaged in drinking behaviors, such as bars or restaurants.

These places may stir up feelings of nostalgia or make former addicts feel self-conscious. A newly sober person may feel pressure to live up to the expectations of their former selves, perpetuating reputations such as being the “life of the party.” Spending time in venues not connected to former alcohol misuse can help reduce the risk of relapse.

Suffering from a stressful life event — such as the death of a loved one, a job loss, or a financial hardship — can trigger an alcohol relapse. People who have struggled with alcoholism in the past may find that their former way of coping with stress, by drinking, has a strong pull in times of crisis.

Researchers have extensively documented the strong connection between stress and relapse in alcohol use disorders. It can be difficult to avoid stressful life events or anticipate them, as they are nearly universal. However, simply recognizing that alcohol cravings might be more powerful when a stressful life event occurs can help former addicts put protections in place and reach out sooner for help. 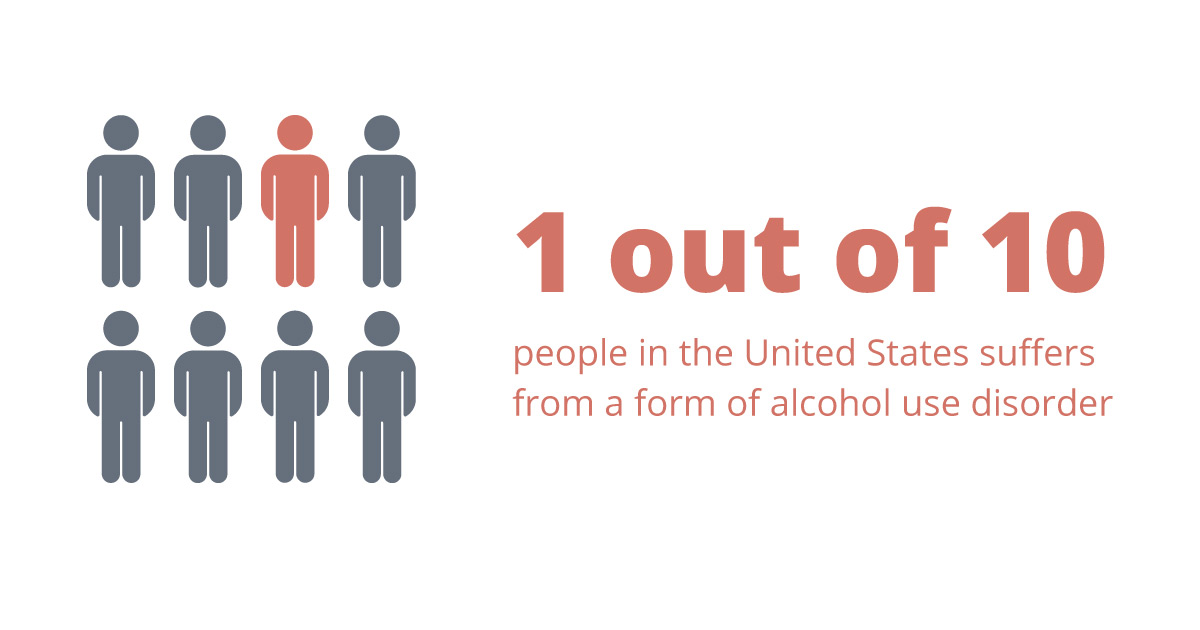 Alcohol cravings can emerge seemingly out of nowhere, and they can sometimes get triggered by innocuous exposures, such as seeing a favorite beverage in a commercial. Even smelling alcohol transiently while walking past a brewery can trigger powerful cravings and catch a newly sober person off guard. It can be challenging to plan for random exposures and protect against them. However, according to the Substance Abuse and Mental Health Services Administration (SAMHSA), multiple medications are available to help reduce cravings associated with alcohol use disorder and prevent relapse.

Certain behaviors are associated with drinking, such as smoking, may trigger a relapse in alcohol use disorders. For former addicts who considered themselves to be “social smokers” — meaning that they only smoked cigarettes after drinking alcohol — an offering of a cigarette, or even the smell of cigarette smoke, may evoke alcohol cravings or a desire to drink.

That is because of the powerful neural connection that can form between addictive substances within the brain. However, by recognizing that using certain substances can make it easier to “let one’s guard down,” a sober person can help reduce their exposures in the first place and prevent relapse.

One of the trickiest relapse triggers for a person who has formerly struggled with alcohol misuse may seem very innocent on the surface. It may happen so casually that it goes unnoticed, such as a comment at a work happy hour by a well-meaning coworker who asks, “what can I get you to drink?” on their way to the bar. Peer pressure can be a formidable relapse trigger, even if it is entirely unintentional.

It can be challenging to be the only person at an event who is not consuming alcohol. Many people who have struggled with alcoholism think that they may be able to get away with “just one drink” to deflect attention away from their sobriety. It can also be challenging to explain the choice not to drink, especially if someone is hesitant to advertise their sobriety to a mixed audience. To avoid this relapse trigger, it can help to have a pre-ordained line for social situations, such as, “I’m not drinking today, I’m on a cleanse.”

It is not a surprise that certain relationships can trigger alcohol relapses. Whether it is a family member who expresses their disapproval or disdain or a best friend struggling with an alcohol use disorder of their own, a social circle can play a huge role in their ability to maintain sobriety and avoid relapse.