Alcohol use is viewed as a socially acceptable pastime in the United States and around the world. Many Americans regularly consume alcohol, and while moderate use can produce feelings of well-being and improve social interaction, it also has the potential to lead to an unhealthy pattern of excessive drinking and alcohol dependence. Alcohol is a psychoactive drug and central nervous system depressant produced by the fermentation of yeast, sugars, and starches. Chronic, heavy alcohol use is unfortunately very common. Nearly 13.8 million Americans have problematic alcohol consumption, while 8.1 million suffer from a diagnosed alcohol use disorder. The Centers for Disease Control and Prevention has estimated that 95,000 people die each year as a result of alcohol-related causes. Moreover, the over-consumption of alcohol was responsible for 1 in 10 deaths among adults aged 20-64 years. Excessive alcohol use is the impetus for remarkably damaging and detrimental long-term effects on the brain as well as other organs throughout the body. 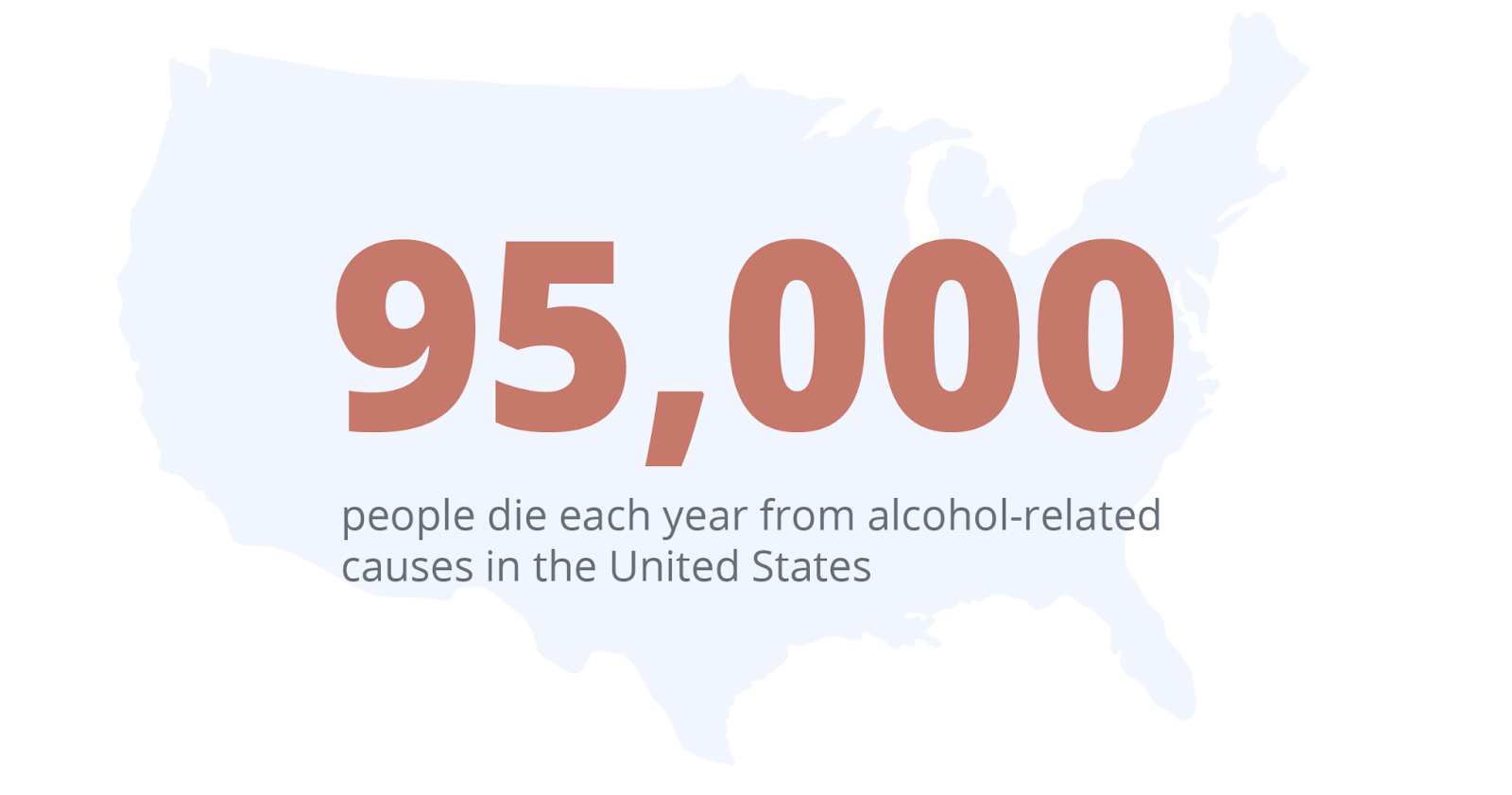 Psychological dependence on alcohol is one of the more distressing long-term effects of chronic alcohol use. The development of an alcohol use disorder, which can also be referred to as alcohol addiction or alcoholism, is a complex process but is also very common for individuals who drink heavily for prolonged periods throughout their life. This disorder is characterized as an uncontrollable and problematic pattern of alcohol use. This pattern of excessive alcohol use results in a multitude of neuroadaptive changes in the brain’s reward and stress systems. In the early stages of non-dependent alcohol use, the proclivity for drinking is predominantly driven by the reinforcing or rewarding effects of drinking. But as an individual becomes dependent on alcohol, their drinking behavior begins to become motivated by the negative side effects as well, like the desire to stave off uncomfortable symptoms of withdrawal. The diagnosis of an alcohol use disorder by a medical professional is contingent upon the presence of two or more of these criteria:

●      Consuming alcohol in situations where it is dangerous to drink, like while driving

●      An inability to cut down on drinking or stop drinking altogether

●      Having a high tolerance to alcohol, needing to drink more to feel the same effects

●      Alcohol withdrawal when you attempt to stop drinking

Alcohol and The Brain

Even lower amounts of alcohol use can lead to irreversible changes to the cerebral cortex, limbic system, and cerebellum. Our brains are incredibly sophisticated and complicated organs, but they are also extremely delicate. Humans rely on a precise balance in brain chemicals to function properly. Alcohol use, specifically heavy and chronic use, considerably disrupts this balance. Alcohol significantly impacts the behavior of brain chemicals and adversely affects their signals and communication between brain cells. This manifests as instantaneous symptoms of intoxication like slowed reflexes, slurred speech, impulsive behavior, and memory lapses known as blackouts. Sometimes these memory impairments are detectable after only a few drinks due to the distinct effect alcohol has on the brain’s communication and information-processing pathways. Although the long-term effects of alcohol use are typically more extreme, some immediate effects of alcohol use are just as damaging. Short-term complications can include severe reactions such as alcohol poisoning. This condition is precipitated by excessive alcohol consumption in a brief period of time, and its effects are extremely dangerous and potentially fatal. Symptoms of alcohol poisoning include serious reactions like a seizure, respiratory suppression, slow heart rate, and permanent cognitive impairment. 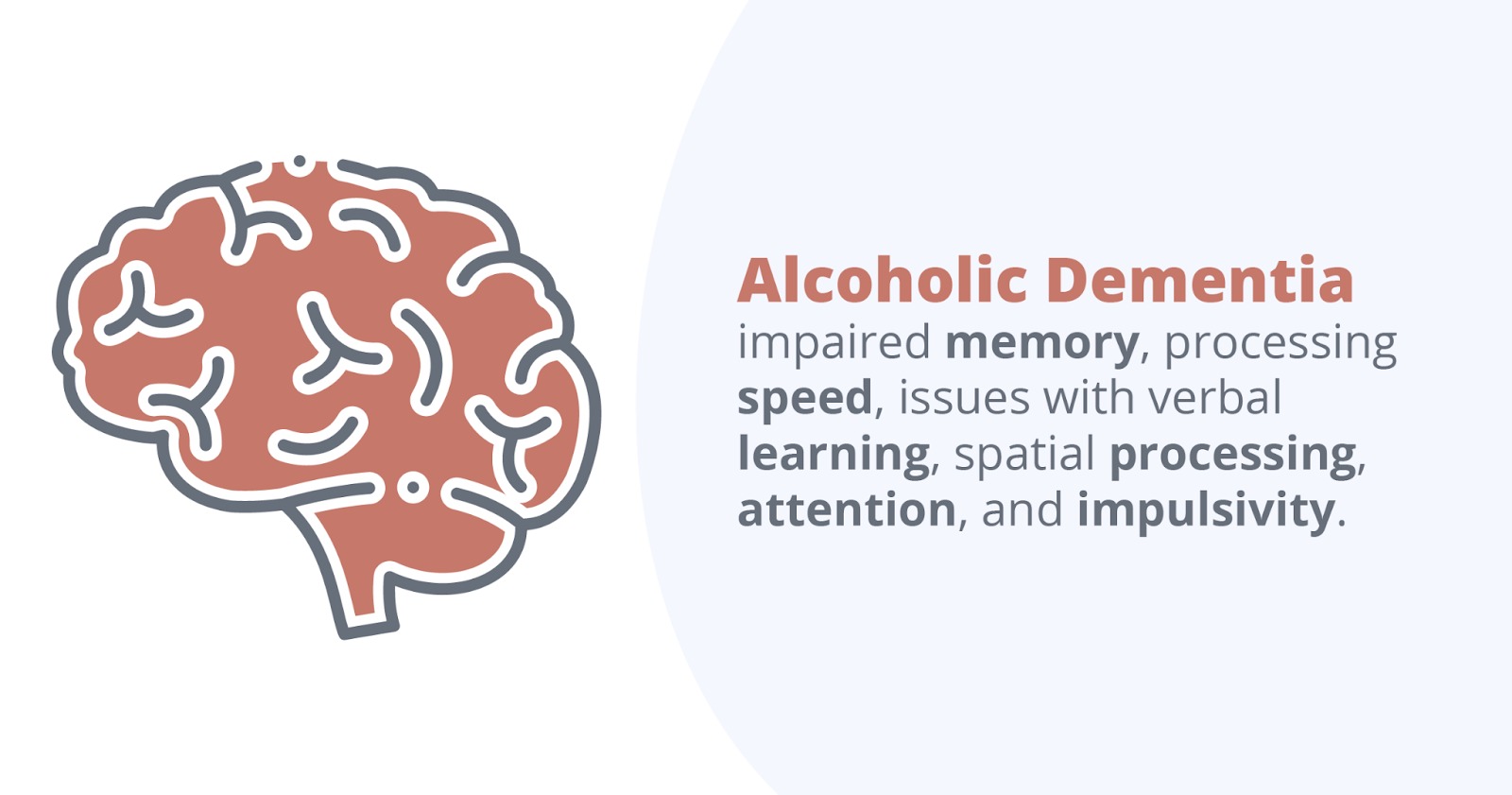 The long-term effects of chronic alcohol use are often demonstrated in the structural and functional changes that occur in the brain following excessive and prolonged use. A study conducted by the University of Oxford showed that heavy users of alcohol who consumed 4 or more drinks a day had nearly 6 times the risk of hippocampus shrinkage compared to individuals who abstained from alcohol completely. The hippocampus is responsible for learning and memory, so the depreciation of size in this area is significantly related to issues with problem-solving and memorization. CT and MRI studies have shown that patients with a history of alcohol dependence have smaller volumes of brain tissues versus people who were either very light social drinkers or did not drink at all. This reduction in brain tissue includes sections of the brain involved with muscle control, coordination, and balance.

Even after alcohol has left a person’s system, their brain will continue to needlessly activate neurotransmitters which cause uncomfortable and sometimes dangerous withdrawal symptoms. This repetition of binge and withdrawal can cause this overexposure to occur for too long, resulting in burnout of the brain’s neural pathways. This is often referred to as “alcoholic dementia”. Manifestations of this condition are noted as impaired memory, processing speed, issues with verbal learning, spatial processing, attention, and impulsivity. The areas of the brain that are related to memory and “higher functions” like impulse control and problem-solving are more vulnerable to damage, resulting in even more pronounced atrophy to these regions. Age and gender seem to play a substantial role in the risk of developing brain abnormalities as a result of problematic alcohol use. Older men who participated in excessive alcohol consumption had more pronounced deformities in the brain than younger men who also drank excessively. This isn’t solely related to a greater number of years spent drinking heavily, but due to the aging brain’s increased vulnerability to alcohol’s damaging effects. It has also been suggested that women are more likely to develop structural changes in the brain with smaller amounts of alcohol consumption compared to men.

Individuals who suffer from an alcohol use disorder are at greater risk for the development of unfortunate alcohol-related complications such as a thiamine deficiency caused by poor nutrition. This vitamin deficiency has been known to occur in up to 80% of people who have an alcohol addiction and can result in the development of Wernicke–Korsakoff Syndrome or WKS, also commonly referred to as “wet brain”. This is a condition that is accelerated by excessive alcohol consumption, and it demonstrates itself in persisting mental confusion, difficulty with coordination, eye movement disturbances, and persistent learning and memory problems.

Alcohol and The Liver

The health of the liver is also adversely affected by chronic alcohol use. The function of this organ is to break down and filter out harmful substances in the blood, while also manufacturing enzymes, hormones, and proteins that our bodies use to prevent infection. The liver is only able to process a particular amount of alcohol at one time, so if an individual has consumed an extremely large volume of alcohol, any amount that was left unprocessed by the liver is then circulated through the bloodstream. Alcohol abuse results in the destruction of liver cells and scarring of the liver, also known as cirrhosis. Cellular mutation and alcoholic hepatitis are also common conditions that can lead to liver cancer. Individuals who suffer from an alcohol use disorder face a higher risk of developing liver diseases than moderate or light drinkers. Common symptoms of liver disease include:

Alcohol and The Heart

The heart and blood vessels are important components of the cardiovascular system and are responsible for pumping blood throughout the body. This method delivers much-needed nutrients and materials to different areas, but it also facilitates the transfer of alcohol through the body after it is absorbed through the blood vessels. Excessive consumption of alcohol results in a myriad harmful effects on the cardiovascular system, such as high blood pressure or hypertension and an increased risk of heart diseases. Regular and immoderate alcohol use has been known to increase fat levels within the blood, which can result in high levels of bad cholesterol. This bad cholesterol can clog arteries of the heart and has the potential to develop into clots that can cause a heart attack. The possibility of an ischemic or hemorrhagic stroke is also exacerbated by chronic alcohol use. Ischemic strokes are caused by a blockage in the artery that supplies blood to the brain, while hemorrhagic strokes happen when this artery bleeds or tears. There have also been study findings that confirm alcohol abuse is correlated to elevated risk of heart failure.

Extensive research has concluded that there is a strong scientific consensus of the correlation between alcohol consumption and several types of cancer. Moderate to heavy alcohol use is linked to a higher risk of some head and neck cancers. This includes cancers of the oral cavity (excluding the lips), throat, and voice box. Heavy alcohol drinkers have a 5 times greater risk of developing these types of cancers as opposed to people who don’t drink. Chronic alcohol use is also associated with a particular kind of esophageal cancer known as esophageal squamous cell carcinoma. Individuals who have an inherited deficiency in a certain enzyme that metabolizes alcohol are at an increased risk of this alcohol-associated esophageal cancer. Colorectal cancer, or cancers of the colon and rectum, are also related to heavy alcohol use. An exploration into a combination of 57 studies that examined the link between chronic alcohol use and the development of colorectal cancer found that people who frequently drank 50 or more grams of alcohol, or 3.5 drinks, per day had 1.5 times the risk of developing this particular type of cancer versus light drinkers and nondrinkers.

Long-term heavy alcohol consumption can produce serious complications with a person’s overall physical health, but it is also a catalyst to the destruction of mental health. People will often use alcohol as a way to self-medicate and alleviate the symptoms of pre-existing comorbid psychological disorders like depression and anxiety. However, studies have shown that drinking, even moderately, can worsen these afflictions or even induce them in individuals who don’t already suffer from them. The negative aspects that accompany alcohol use disorders like familial, job, and social issues are also a contributing factor to poor mental health and overall mood.

Indiana Center for Recovery is dedicated to helping individuals overcome the challenging obstacle of addiction by providing a compassionate, comfortable, and safe space for them to participate in treatment, the fundamental basis for recovery and rehabilitation. Our evidence-informed treatments for alcohol dependence offer understanding and solutions to addiction. We are committed to helping you attain sobriety by engaging in clinically proven best practices that will give you the tools you need to continue on the road to recovery.

At Indiana Center for Recovery, we offer comprehensive services such as inpatient detox and residential rehabilitation in our state-of-the-art facility, assisted by our expert medical staff that provides the exceptional and thorough care that is needed during detox. Intensive outpatient services are also available with Indiana Center for Recovery. This version of treatment is useful for patients who don’t require 24-hour supervision but are still interested in the advantages offered by the services and behavioral therapies included in our residential treatment programs.