Is Suboxone addictive? Signs and Symptoms

Drug and substance abuse is a prevalent issue in society today; many people, especially youths, are struggling with the abuse of a lot of hard substances due to one factor or the other. Addiction does not just start in a day; some individuals began using the drugs as a prescribed medication but then developed a psychological compulsion for it and couldn’t let go. 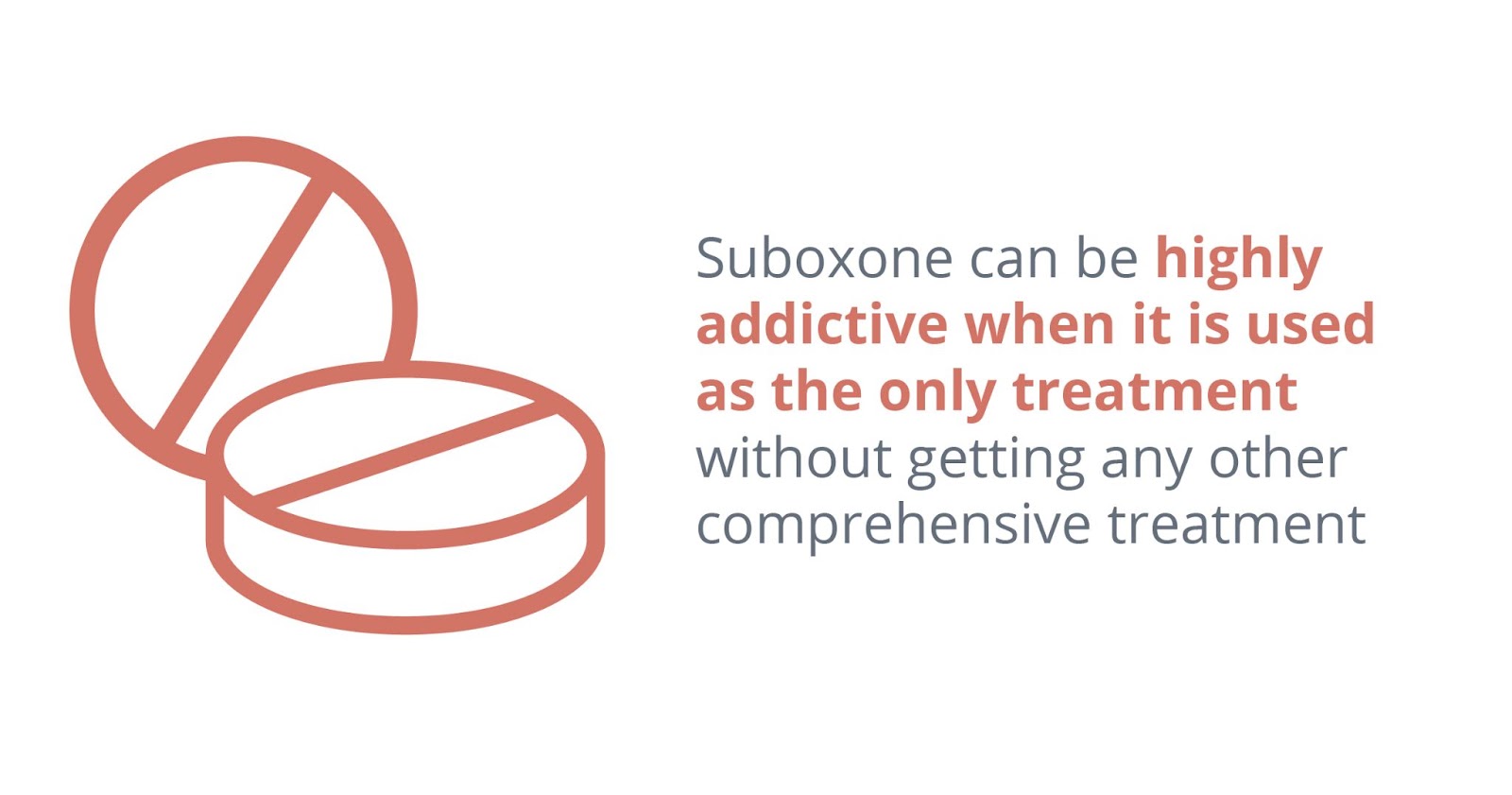 Addiction, most of the time, starts with the legitimate use of the substance. People who are addicted to drugs and other substances keep using them despite the fact that they harm them both physically and psychologically. The point is that addiction is the loss of control of a particular thing by an individual despite the damage it might be causing.

There are different causes of addiction as well as different symptoms exhibited by addicts. Some of these causes are; Heredity, trauma and pain, peer pressure, mental illness, and so on.

A few symptoms that accompany addiction are; not being able to control the urge and use of a particular substance despite knowing the repercussions of taking such substance, having withdrawal symptoms when the individual is not able to have access to the substance, and so on.

In this article, we would be discussing a drug called Suboxone and examine if it’s an addictive drug. If at all addictive, we would also be looking into the signs and symptoms.

It is vital first to understand the chemical composition and breakdown of the drug, Suboxone. It is a drug used for individuals who are trying to break off their addiction to opioids. Suboxone helps to reduce or prevent the pains that come with withdrawing from opioid addiction.

The next question that may come to mind is, what are opioids? Opioids are the name for a particular class of drugs. The drugs in this class are; synthetic opioids such as Fentanyl, Heroin, Codeine, morphine, other legally prescribed pain relievers, and so on. It is a drug approved by the Food and Drug Administration to treat opioid use disorder (OUD). 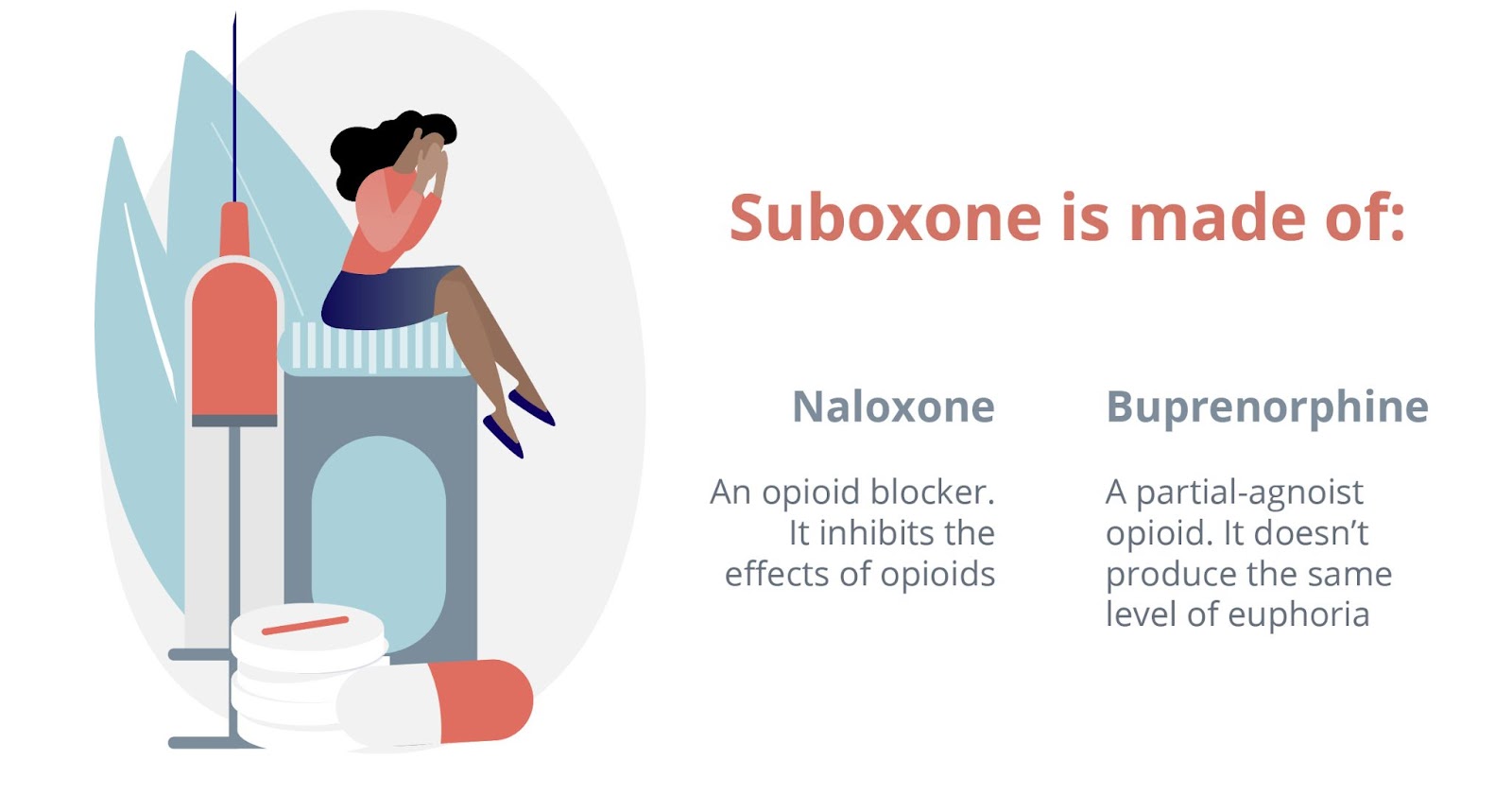 What Is The make-up And Usage Of Suboxone?

The drug comes in an oral form and is usually used sublingually or buccally. It is available in a generic form which comes both in an oral film and an oral tablet. Sublingually means that it has to be placed under the tongue; buccally implies that the drug is used by being placed between the gums and the cheek. The drug is to be left to dissolve in the mouth and not to be swallowed.

Both buprenorphine and naloxone play their own role in suboxone. Buprenorphine helps in reducing the withdrawal symptoms that individuals going through the treatment for opioid addiction may have. It is also commonly known as an opioid partial agonist. Naloxone, on the other hand, helps to reduce or reverse the effects of opioids.

It is known as a Schedule three (Ciii) drug because it is a prescription medication that is also targeted by those who abuse prescription drugs or street drugs. The drug is usually prescribed by a doctor or pharmacist trained on the usage of the drug.

Suboxone is usually used in the initial stages of treating opioid addiction. These stages include;

However, it has been scientifically proven and tested that generally, the chances of an individual getting addicted to Suboxone are very low because of the scientific makeup of the drug.  Buprenorphine, for instance, has a mild effect on its user, and it also takes time before the individual can feel its impact; people tend to abuse drugs that can travel fast and have an effect on the brain.

One of the ingredients of Suboxone, known as Buprenorphine, is what is targeted mainly by individuals addicted to prescribed medication in Suboxone. This is because it has the same effect using opioids have, but very mild.  Suboxone when used according to the direction and supervision of a doctor or the health caregiver.

An opioid user who is getting suboxone as a means of treatment can become addicted and dependent on the drug if not adequately monitored. Just like any other drug that eases pain and serves as a form of help for discomfort, it is easy to get hooked on it if there is no medical monitoring or assistance.

The chance of an individual getting addicted to Suboxone is very high when he relies only on the drug for treatment without getting any other comprehensive treatment. Suboxone is meant to be used alongside other methods of opioid addiction treatment.

Just like the short-term and long-term effects other opioid drugs or hard substances generally have when abused, the abuse and addiction to Suboxone can cause a lot of damage.

Signs and Symptoms that Come With Misusing Suboxone

Just like the use of every drug has its symptoms, side effects, and signs of misuse, some symptoms and signs also accompany the misuse of Suboxone. We would be highlighting and discussing some of them;

It sounds pretty ironic that the same drug used as part of the treatment for an addiction can also become an addiction, although the chances are very low. There are also treatments available to individuals who have become addicted to and abusing Suboxone.

The first step would be to detox and ease the person off the drug. The next step is to start counseling and therapy for such an individual to get to the root psychological cause of why the individual started taking the medication. The final stage is giving the person after-care treatments that would help in the long run.

It is important to note that just like in getting treatments for other drug addictions, individuals trying to get treatment for suboxone addiction would also experience withdrawal symptoms. Some of these symptoms are; stomach ache, sleeplessness, restlessness, signs of extreme tiredness, mood swings and irritability, excessive sweating and shaking, heart issues, nervousness or anxiety, etc.