The Effects of Different Drugs on Pregnant Women

Abstaining from drugs and alcohol during pregnancy is one of many steps a woman can take to promote the growth and development of a strong, healthy baby. However, women who become pregnant while suffering from addiction may struggle to abstain from these substances despite their best intentions and attempts to do so.

Knowing the effects of certain drugs on pregnancy can help empower pregnant women to get the help and treatment they need to avoid putting themselves and their unborn babies at risk. 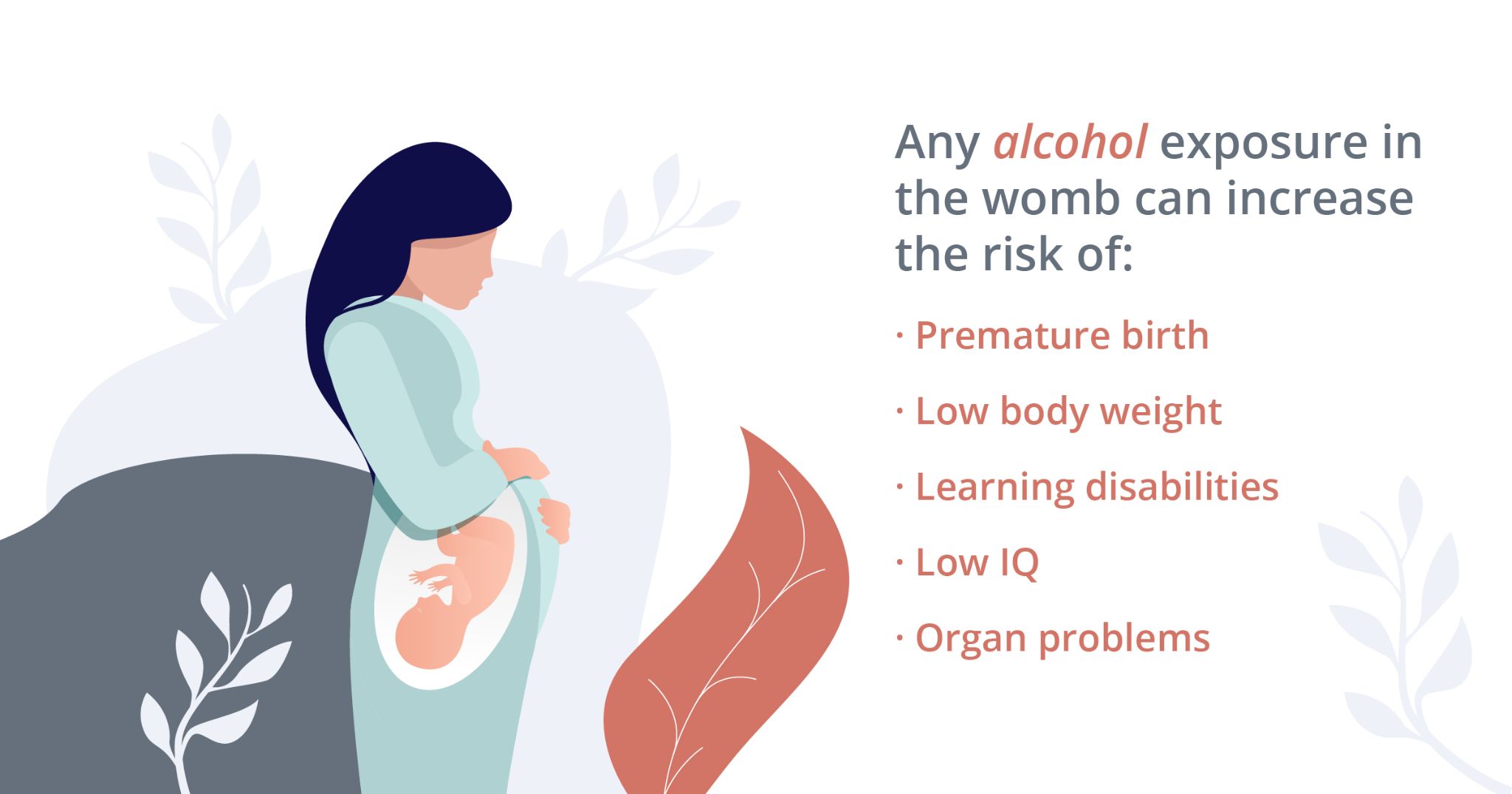 Any alcohol consumed during pregnancy passes directly through the placenta and umbilical cord to the baby. The placenta is responsible for supplying the baby with food and oxygen, delivered via the umbilical cord. Babies exposed to alcohol in the womb are vulnerable to a wide range of congenital disorders and disabilities, including fetal alcohol spectrum disorders (FASDs).

There is no safe time to drink alcohol during pregnancy. Consuming alcohol during the first trimester can cause the baby to develop abnormal facial features, such as a smooth ridge between the nose and upper lip. Any alcohol exposure in the womb can also increase the risk of premature birth, low body weight, learning disabilities, low IQ, and organ problems.

All opiates, including prescription medications like oxycodone and hydrocodone, have the potential to cross the placenta and affect the baby’s central nervous system when used during pregnancy. Using opioids responsibly during pregnancy may not always pose a serious risk, but using opioids during the last trimester close to the baby’s due date may increase the baby’s risk of breathing problems after birth.

Some researchers suggest that any level of opioid use during pregnancy can increase the risk of congenital heart defects, glaucoma, spina bifida, and miscarriage. Babies of women who suffer from opioid addiction may be born with neonatal abstinence syndrome (NAS), which refers to a group of conditions that occur when a baby goes through withdrawal after birth. Babies with NAS may experience symptoms including tremors, seizures, vomiting, and diarrhea and stay in a neonatal intensive care unit until these symptoms have resolved.

Massachusetts General Hospital reports that babies exposed to benzos in the womb may experience the same side effects as adults, including sedation, breathing problems, and decreased muscle tone. Babies may also experience benzodiazepine withdrawal symptoms after birth, including irritability, sleeping difficulty, and seizures. Doctors advise that women who want to become pregnant while using benzos should spend at least one month gradually tapering off these medications beforehand to prevent congenital disabilities and withdrawal symptoms.

All stimulants, including ADHD medications, are shown to have adverse effects on an unborn baby.

According to the National Institute on Drug Abuse, women who use methamphetamine and cocaine during pregnancy can experience frequent migraines and seizures and serious complications, including premature membrane rupture, separation of the placental lining from the uterus, and miscarriage. Babies born to mothers who use these illicit stimulants often have low birth weights and small heads and are often prematurely delivered. These babies may also have low IQs, poor social skills, and behavioral problems later in life.

There is conflicting evidence surrounding whether ADHD medications are safe to use during pregnancy. In a recent study published in Clinical Obstetrics and Gynecology, researchers found that using ADHD medications during the first trimester did not increase the risk of congenital abnormalities but that they did increase the risk of preeclampsia, premature birth, and placental abruption. The CDC reports that using ADHD medications during early pregnancy may increase the baby’s risk of gastroschisis (when intestines grow outside the body), omphalocele (when the intestines, liver, or other organs form outside of the body), and defects of the upper and lower limbs.

Some pregnant women who are struggling with addiction are hesitant or scared to seek treatment for fear of stigma or because they want to avoid legal consequences associated with drug use during pregnancy. However, pregnant women who seek treatment have the potential to significantly reduce their risk of birth-related complications, as well as the risk of congenital disabilities in their unborn babies. Additionally, it helps to know that many addiction treatment centers are entirely understanding, respectful, and discreet and will do whatever it takes to help pregnant women feel as safe and as comfortable as possible during treatment.

Many drug rehab centers will develop personalized treatment plans for pregnant women based on the substances they are using, their medical history, and prenatal care needs. Addiction treatment may involve using medications that promote abstinence and reduce cravings or reduce the severity of withdrawal symptoms.

After going through withdrawal in a medication-assisted detox program, many pregnant women begin a rehab program where they can receive cognitive-behavioral therapy, family therapy, and pregnancy or childcare support services that help them fully recover and get back on their feet after overcoming drug and alcohol dependence.

Detox and Residential Treatment With Indiana Center for Recovery

At Indiana Center For Recovery, we can help you or your loved one experience a safe, comfortable recovery from drug and alcohol dependence. Contact us today at (844) 650-0064 to learn more about our many available drug rehab programs and to get started on your path to long-term recovery.